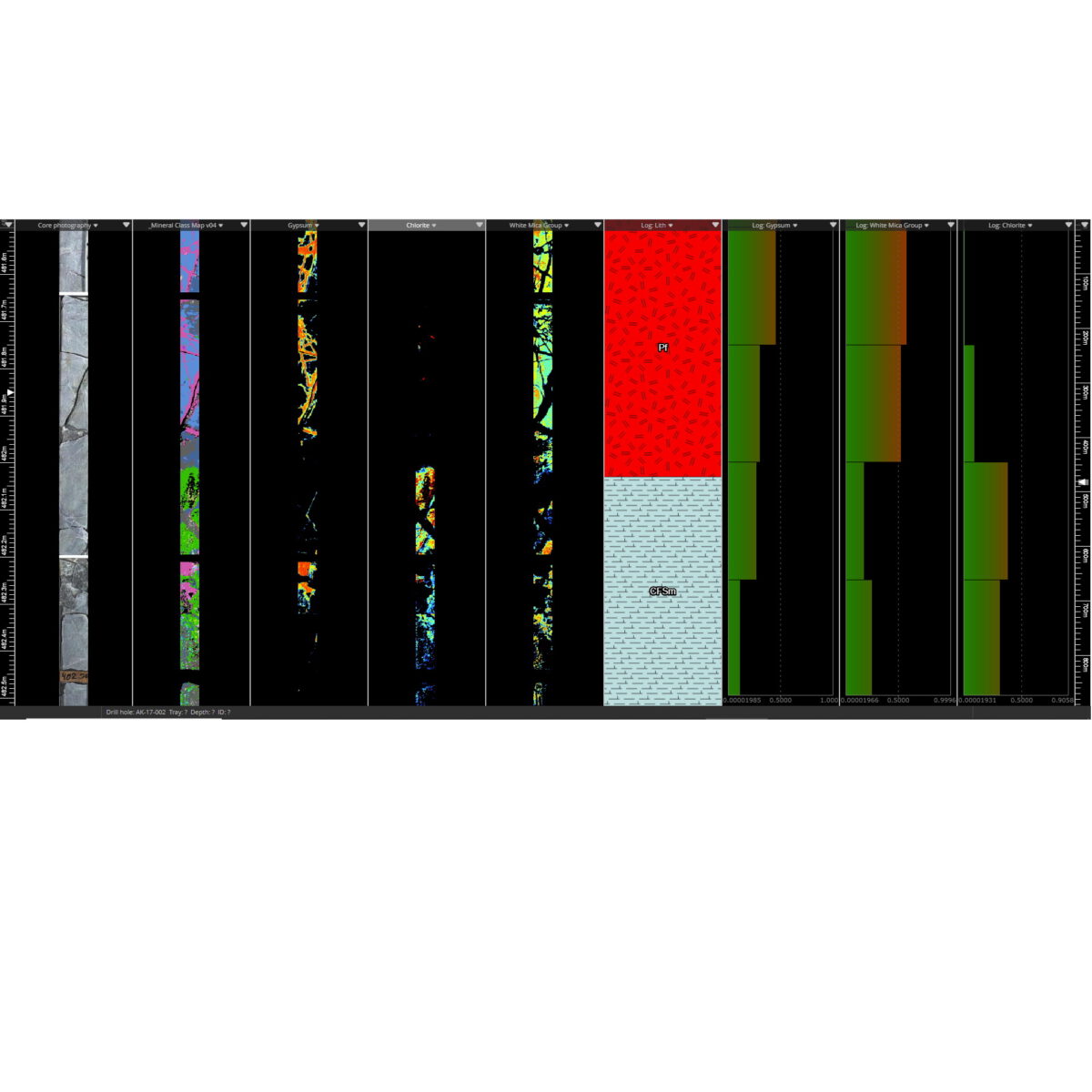 Coreshed is pleased to announce the release of version 2.23

For example, where the photo of a 1.0 metre length of broken drill core material represents only 0.8 metres of drill hole depth, the original “Down hole” view would overlap the following image by 0.2 metres as shown in the sample image below.  Selecting the new “Stacked down hole” view will reveal the overlapped length of core. This is achieved by using a dynamic depth scale bar where the depth intervals can expand and contract to align with the actual core photos – noting that the depth scale bar intervals are non-linear. 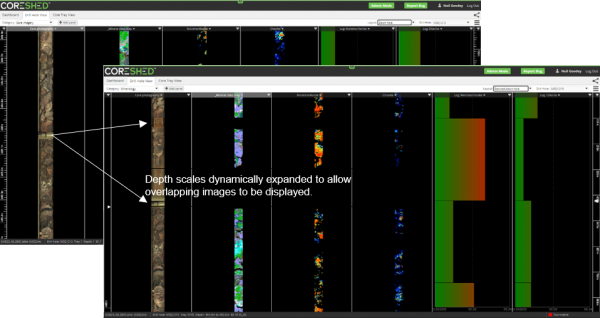 This latest version of Coreshed supports three display modes: 1) Stacked by tray; 2) Down hole; and 3) Stacked down hole; as summarized below.